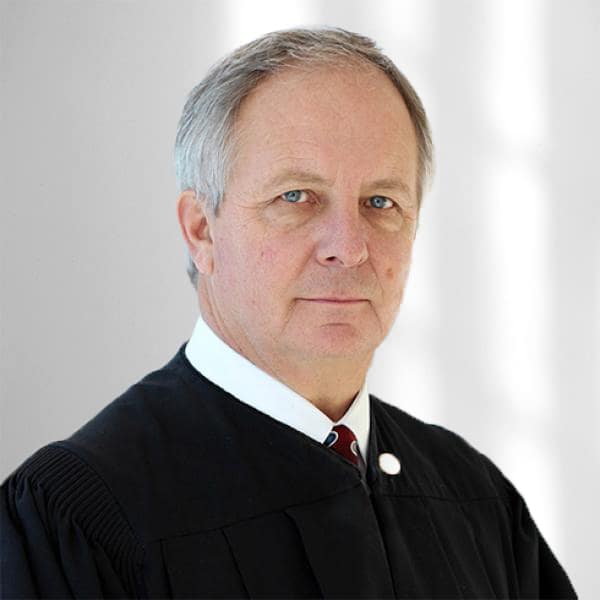 X = Unavailable
Availability Scheduling and Exception
Boland, Boyd has no availability and scheduling exceptions.
Return to Arbiter Profile
May 2022
June 2022
July 2022
Short Notice Availability - (90 days or less)
For available dates beyond those shown below, please contact a JAG scheduling clerk at 303-572-1919 or 1-800-ARBITER (272-4837)
Available dates shown below are informational only and are subject to immediate scheduling via telephone, and thus, may be unavailable. To verify and hold dates, contact a scheduling clerk.
JAG's Automated Cancellation Notification Tool
Interested in scheduling an arbiter last minute? With JAG's Cancellation Notification Tool, you'll receive an automated email each time one of your favorite arbiters has a cancellation. Call Michele Zeigler at 303-572-1919 to sign up.

Judge Boland was on the bench from 2000-2015 and was the lead magistrate judge beginning in 2011. While on the bench, Judge Boland presided over numerous jury and court civil trials and conducted more than 1,500 settlement conferences. His docket regularly involved cases raising intellectual property matters; securities litigation; employment discrimination; insurance coverage and bad faith claims; civil rights suits; consumer protection cases; various federal statutes including the Fair Labor Standards Act, Federal Employer’s Liability Act, and Federal Tort Claims Act; and torts of every nature including all forms of professional negligence. Judge Boland is a graduate of the University of Denver and Columbia Law School. He is a Life Member of the American Law Institute and served as editor-in-chief of the Federal Courts Law Review from 2007 through 2014. He has taught mediation techniques nationally and internationally, including programs offered to federal judges through the Federal Judicial Center.

Judge Boland lives on the apple farm where he was born and raised near the Western Slope town of Paonia, Colorado. The farm has been in the Boland family for nearly 70 years.