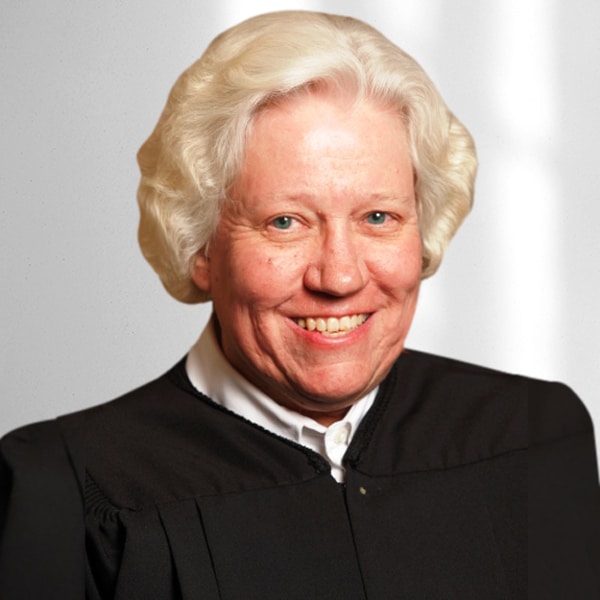 X = Unavailable
Availability Scheduling and Exception
Rice, Nancy has no availability and scheduling exceptions.
Return to Arbiter Profile
July 2021
August 2021
September 2021
Short Notice Availability - (90 days or less)
For available dates beyond those shown below, please contact a JAG scheduling clerk at 303-572-1919 or 1-800-ARBITER (272-4837)
Available dates shown below are informational only and are subject to immediate scheduling via telephone, and thus, may be unavailable. To verify and hold dates, contact a scheduling clerk.
JAG's Automated Cancellation Notification Tool
Interested in scheduling an arbiter last minute? With JAG's Cancellation Notification Tool, you'll receive an automated email each time one of your favorite arbiters has a cancellation. Call Michele Zeigler at 303-572-1919 to sign up.

Justice Rice was appointed to the Denver District Court in 1987, where she served on the criminal, domestic, and civil bench. During her 11 years on the District Court bench, she presided over a broad range of civil, criminal, probate, and domestic relations, including several high-profile cases.

Rice was appointed to the Colorado Supreme Court in 1998.  As a member of the Court, Rice wrote decisions in civil, criminal, domestic, probate, water and other areas of the law.  She served as the Chief Justice for almost 5 years until her retirement in June, 2018.

Prior to her judicial service, Justice Rice was a clerk for the Honorable Fred Winner, U.S. District Court Judge, Colorado, a deputy public defender in the appellate division, and an assistant U.S. attorney in both the criminal and civil divisions. In that capacity, Rice tried numerous case in the federal district court, and also argued in front of the Tenth Circuit Court of Appeals.

Justice Rice is a frequent presenter at CLE seminars on evidence, trial practice, appellate practice, ethics, and views from the bench. She has also written numerous articles on trial and motion practice, as well as legal writing

Justice Rice was born in Boulder, Colorado, but moved to Cheyenne, Wyoming and graduated from high school there.  She went to Tufts University and the University of Utah School of Law. Rice is an avid golfer and lover of music.